I’ve sat down a few times to write this update and have been so exhausted I have fallen asleep on each occasion. Apologies if I also haven’t been replying to messages for the same reason! I’ll try to get around and respond when I can! I’m super grateful for all the support and read every single one!

Looking back since my last post, it’s been such a physical and emotional roller coaster that I’m not at all surprised I can’t keep my eyes open as soon as I finish walking.

After arriving in Manchester, I continued walking North, before arriving in Preston a couple of days later. I then returned to Manchester, where I met my sister Clara Bartlett and her boyfriend Sergey, ready for the 4th Ashes first to begin. Originally I had only planned to stay for only two days of this match, however I changed my plans and walked further on the days prior to the test, & also planned for a day of walking on Day 3 with Clara and Sergey, so I could return to watch the end of the cricket. With the chance of Australia retaining the Ashes, I didn’t want to miss that happening.

One of the hardest days of being away was missing the birth of my Niece, Georgia while I was in Manchester! It certainly gives me plenty of motivation to get finished and get back home to meet her!

The first two days of the cricket were freezing cold, but exceptional viewing once again. After watching a Steve Smith 200, it was hard to miss a day & get back on the road walking the following day.

The following day came. Clara, Sergey and myself ventured back to Preston and had planned to walk 38km to Lancaster. A relatively long day, although pretty flat and easy roads to cover.

They were both determined to set a quicker pace than I normally would, although I tried to stick with my normal pace to avoid burning out to early in the day or risking any injuries. Plenty of times they were walking well ahead of me, but towards the end it was clear that “slow and steady” does win the race, with them both struggling to keep up with me at about 28km mark. I never doubted they wouldn’t make it as they are both very fit, but my competitive side enjoyed watching them struggle towards the end, after I sensed they thought it might be a bit easier. I did enjoy having the company for the day and being able to take my mind a bit off walking!

We had a few drinks and dinner in Lancaster that night before returning to Manchester for the final days of the cricket. And boy was it worth it!!

After 18 years since the Ashes were last retained on English soil, I was able to watch Australia do it once again!! Those not into cricket may not quite understand the feeling, but it was worth walking the 3700km to witness it!

18 years since the Ashes was retained over here, and 18 years since I was diagnosed with type one diabetes... It felt very fitting for me to witness this, while on this journey to try to get closer to curing the disease that changed my life at the same time.

After a few drinks to celebrate after the win, I had to return to the task at hand and set off the next morning to Lancaster where I restarted!

From Lancaster I headed towards the Lake District. It was a very challenging, but beautiful few days of walking over this area. With the sun starting to set earlier and long days scheduled, I found myself finishing the days in complete darkness.

One of my most physically demanding days of my entire journey from Windermere to Penrith, threw me many more challenges than expected.

It was originally planned that the walk would be 38km. I understood this was going to be hard due to the terrain, but had covered similar distances in tough conditions in Italy & Switzerland.

The views were magnificent and weather conditions perfect for walking. The first challenge was when phone reception completely cut out for about 6 hours and my mapped out route was not saved offline. I had a back up map without the route mapped out, however did not have distances ect available on this.

I chose to take the more scenic and safer route of the two options that looked a similar distance on the map than the highway with limited footpaths or views. It was not until around 4pm when I got reception back, that I realised I was still 24km from my accomodation that night.

I knew I would be walking in the dark so just tried to get on with walking as quickly as possible without any breaks. Around 8.30pm I made it to a small town named Pooley Bridge and still had 7km to go.. It was already completely dark by this time, with not many street lights. Luckily there was also hardly any traffic on the road.

To exit Pooley Bridge to continue to Penrith there was a small bridge that must be crossed. When I got to this bridge, I found out it was under construction and completely closed off. The next quickest route was 10km longer. I knew this wasn’t realistic to walk this at night, so decided I would call a taxi to take me to my accomodation and planned to return by bus to the same spot I had finished at the next morning.

I called a few local taxi companies and none of them would agree to pick me up from the location I was at. Desperate, I went to the closest pub, The Crown Inn, and asked for advice on taxi companies. I explained what had happened and where I needed to go, and the the lovely lady working behind the bar, offered me a lift after her shift had finished at 10pm as she said the Taxi’s would be crazy expensive. Such a lovely offer! It gave me time to sit down and relax while she finished her shift.

After she dropped me off at my accomodation, which was a little wooden hutt, I went inside, to realise there was no bed linen or towels in the hutt. Due to having no reception earlier in the day, I had missed a message from the place earlier saying I needed to pre book a sleeping bag if I needed one. As I had arrived so late, there was no accomodation reception open.

I put on every layer of clothing possible as I didn’t have any form of a blanket. Luckily I was so tired that I managed to get a little bit of sleep anyway despite this.

The next morning I set off back to Pooley Bridge via bus to return to where I had finished the night before. This did mean a much larger day than planned again.

Another 38km day, this time in pouring rain all day, I managed to complete the day, again not making it while it was daylight.

I set off earlier the following morning to try to avoid walking in the dark. Walking tracks or footpaths are getting more limited, and towns less frequent, meaning meal planning and constant traffic watch while walking is vital, with trucks and reckless drivers passing frequently and needing to ensure my safely first.

After being on an emotional high after the cricket, having a new niece born, seeing some amazing scenery, & then dealing with the exhausting and stressful days that followed, It all certainly built up for a very emotional experience when I finally left England and crossed over the border to Scotland!

I stopped at the border sign for a bit of a break and reflected on the past 5.5 months and not only the challenges that I’ve overcome to get here, but the amazing experiences I’ve had along the way and the incredible people that have helped me get this far!

There is still close to 350km to go over just 11 more days, so it will definitely be a challenge right to the end.

Although a long way off, I’m still hoping to continue to get closer to my fundraising goal, as this is the main reason for what I have done.

When I finish this walk, this challenge may be over, but the challenge of living with diabetes will always be there. If I can help by getting us one tiny step closer to a cure, then my part is done. But until I see the day the cure is found, I won’t stop fighting for the cause and supporting JDRF!

Special mentions this week to the many people who have helped get some media, in particular a few Aussie Journalists & friends who have been over for the Ashes.

For the Final Word cricket podcast with pal of mine Adam Collins and Geoff Lemon for having me on for a chat this week too! Highly recommend the podcast for anybody cricket lovers out there, it has helped entertain me for countless hours throughout this walk! 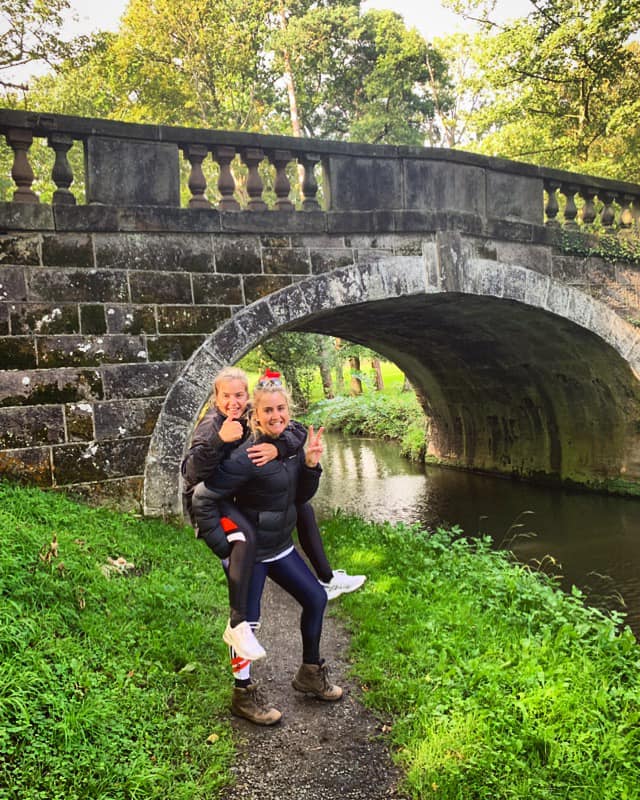